New Member of the SCG team 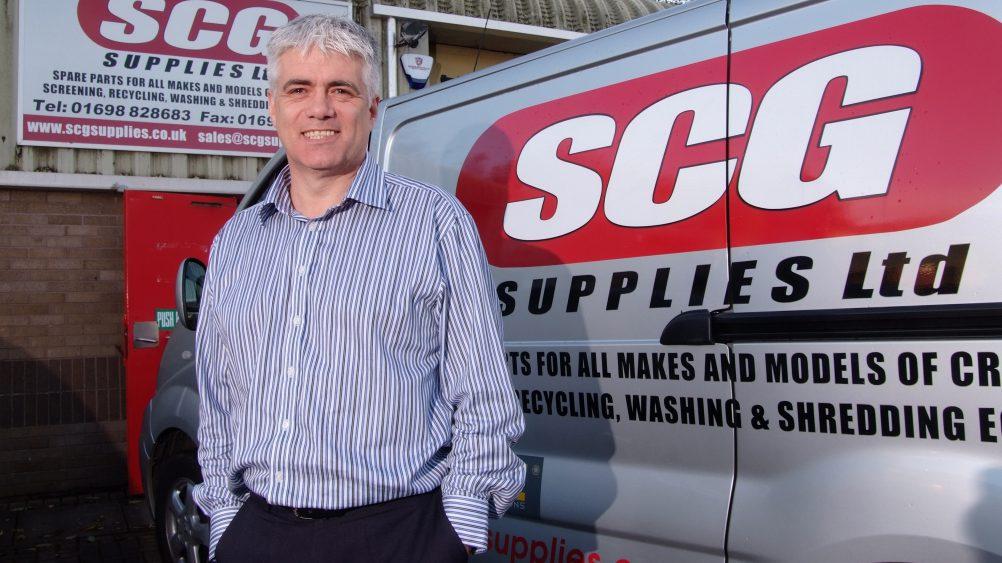 The most recent issue of Project Plant see’s a piece focusing our newest addition to the SCG team.

Back in 1997, Allan Black, then a parts supervisor for Marubeni-Komatsu, took a young apprentice called Stephen Grieve under his wing.

17 years on, the pair have been reunited – albeit in entirely different circumstances.

Stephen is now the founder and Managing Director of SCG Supplies, the hugely successful Hamilton-based firm specialising in supplying spare and wear parts to the mobile crushing and screening industries.

Allan, fresh from a near two-and-half-year stint working in Africa, has been brought on board to help build up SCG’s presence as an appointed distributor of the alternative Komatsu and JCB spare parts provider Interpart (UK) Limited.

Allan explained, “I was in Africa from April 2012 and only returned to Scotland in August this year. I’d been doing the same job (parts supervisor at Marubeni-Komatsu) for 19 years so when the opportunity came up to go to Africa, I thought “Why not?”

“Latterly, I worked as a regional parts manager in East Africa, covering Kenya and Tanzania for a company called Panafrican Equipment. I was initially based in Nairobi, which was great. However, when the Westgate shopping mall was attacked in September 2013, everything changed. I was moved to Dar es Salaam in Tanzania, where it took me three hours to get home from work every day. There was one road in and one road out, and every ten feet you encountered people begging and tapping the windows. If you think the Kingston Bridge in Glasgow is busy, try living there!

“Before that, I’d been in Sierra Leone as a parts manager in the iron ore mining industry. That was a culture shock. During the rainy season, it could take eight hours to drive to the mine. It was certainly a different experience.”
Now firmly back in Scotland, Allan is putting his heart and soul into building up SCG.

“When I got back to Scotland, Stephen said he’d like me to work with him,” Allan said. “He was my apprentice in 1997 so I think he’s trying to get his own back now!

“We have access to approximately 5000 line items from Interpart (UK) Limited. The parts are primarily for the JCB Backhoe loader and the Telehandler machines. Interpart provides the genuine alternative JCB parts service. The parts match or exceed the same specifications of original parts. The days of one sole supplier are over. Everyone’s got the Internet now. What we do is take away the responsibility of other people searching for the parts. They come to us; we do the search. That’s how you sell it – by making people’s lives easier.

“A sole trader with three machines who is up to his ears in work doesn’t have time. We offer them that time. As long as the parts are on the shelf, we’ll get them there the next day. Realistically in Scotland you can get most items delivered within 24 hours.

“I’ve started from the beginning. In my first few weeks in the role, I’ve been telephoning everybody in Scotland, introducing myself. No-one’s slammed the phone down on me yet. It’s early days but everyone seems to be busy – especially compared to when I left the industry in 2012. You can see a lot more people are busy and a lot fewer people have grey hair!”

Although Allan’s initial role is to build up the Interpart distributorship, going forward SCG hope his experience will help them branch out into other areas.
Interpart (UK) Limited has a wide distributor network that spans more than 70 countries and six continents.

David Lomas, Director of Interpart (UK) Ltd said, “SCG have the full backing and support of Interpark (UK) Ltd and with our 40 years of experience in supplying top quality replacement parts suitable for JCB. We see an exciting future and great potential to sell our parts in the Scottish market.”

Stephen Grieve added, “We can obtain parts next-day delivery from Interpart which means our customers obtain what they need within 24 hours. These parts are going to save people money. They are the genuine alternative.”